How to Build a Successful Startup Team 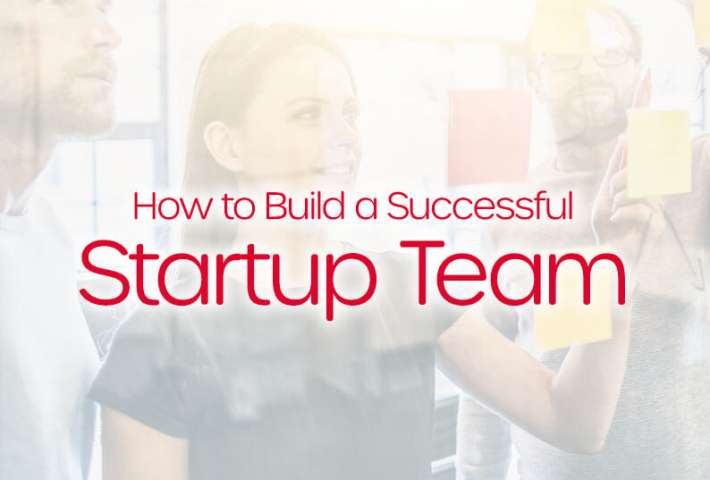 Are you looking at how to build a successful startup team?

Well, let’s assume you already know the obvious and that our Alacrity Entrepreneurship Programme is the best place to start. Other than our paid, startup programme, there are ways that we have identified through our global Alacrity Foundation that can help build a successful startup team.

According to a study conducted by Forbes, a whopping 90% of startups fail. This is a sobering statistic but when we look at why startups fail, it tells an interesting story, most of the reasons they fail are people problems.

Our Chairman Sir Terry Matthews has either founded or funded more than 100 companies.

In total, more than 140 founders have been backed by Sir Terry, with more than $1.0B in direct investment. The Wesley Clover and Alacrity global portfolio have produced 20 IPOs, slightly more than that number of exits via acquisition, and more than $3.5B in public returns.

Sir Terry is often asked at public events what the secret to his success is, his answer is always the same three things.

In fact, Wesley Clover like many investors have often invested purely the team, even when they haven’t liked the original idea, so how can you build a good team from the start?

Focus on Culture to Build a Successful Startup Team

In this post, will be going through some of the ways you can reduce the risk associated with building startup teams and in this post we’re going to focus on Culture.

Company culture can be reactive or proactive but what we have seen over the years at Alacrity is that great startups are always proactive in building company culture.

One of the first things any startup should do is take some time to think and then talk about what they want to be, all startups begin life as a team of people. The teams that decide to be companies early and not a group of people working on a shared project do better.

When we put our teams together we suggest they take some time together and discuss the following.

When teams align their end goal, they become better equipped to deal with the inevitable stumbling blocks that will occur on their journey. Being an entrepreneur is tough and filled with disappointments, stress and anxiety. We’ve found that once a team loses sight or forgets their target, they start to crumble and all of a sudden that ‘normal’ more stable job working for someone else starts to look much more attractive. These targets can be personal or they can be business-related, one of our favourite ones to hear is that the founders want to own their house by the time their 30. That’s not bad motivation!

When founders share the same destination, it reduces disagreements about the day to day direction and the lessens tensions create.

For those of us that have worked for someone else, your first day on the job will usually entail you being told the rules of the organisation, What’s the late policy? How do you book a holiday? What’s the dress code? Many early-stage startups feel they don’t need to create these rules until later, but this leads to all sorts of problems. What if one of your founders comes in at 10 am every day when everyone else is in at 9 am? This may seem like a trivial problem, but we’ve seen it damage teams.

Without pre-set rules, no one is really in the wrong, if you leave your culture up to individual interpretation you will create inevitable conflict. One of our companies decided on day one to always dress business smart, which caused a shock with everyone else. Everyone believes in a modern tech startup, its jeans and t-shirts!  This company wanted to convey a professional image from the start and has become part of their culture.

One of the hardest things to do in a small team is to set limits or policies. If someone comes in late, do you give them a few warnings and then dismiss them? This sounds reasonable in a normal business but what if there are only two of you? Pre-agreed rules reduce disagreements and remove the personal elements from them.

Let’s take two teams; team one has no pre-agreed policies and team two does.

Team one has John, a founder that has just come in late for the 10th time that month. The other founders get annoyed and someone decides to say something about it. What does that disagreement look like? Have they got a policy for conflict management? Will it turn personal or create resentment if John refuses to change? More than likely.

Team two has the same issue but they all sat down and agreed on the policy in advance, when Sarah comes in late this time she is reminded that the time that everyone agreed to come into work was pre-agreed, it doesn’t become X vs Y, it becomes about obeying company policy, which is bigger than the individuals involved.

As an added bonus with clearly defined policies, team two will also find recruiting and expanding easier and misunderstandings with new employees reduced.

One of the most important elements of a team is diversity, diversity of thought and diversity of skills. In early-stage startups you may have to share 50% of the responsibilities if there are only two of you. How you split those up can make or break a business.

Every team should sit down and discuss their personal strengths, skills and try to explain the way they think and work. These should include soft skills and hard skills.

We have written about our format for Founder responsibilities here. We follow this model when recruiting people into our Alacrity programme. If you have these skills, we’d encourage you to apply here >

Startup Square also helps to define job titles. Everyone wants to be CEO or Head of ……… but in a company of 4 people what is the head of marketing? Some companies overcome this with the founder title but this doesn’t help people external to the business understand what you do.

We recommend our companies use their loose role as a title. I.e. Business Development or Product Development, this helps instil an ethos that it’s about the job you do, not the bloated title on the business card. What is important is your focus on your role and responsibilities within the startup. If your team does a great job you’ll soon earn the head of….. title by managing a big team!

In any team environment, conflict is as inevitable as the morning sun. The measures of a great team are how they manage those conflicts.

The first thing to remember is that in the swirling maelstrom of a startup, conflict can be good, it can be a force for change or a dose of realism when the tunnel vision kicks in. It can just as easily be demotivating, damaging and create unnecessary drama.

One thing we recommend to our teams is to make everything evidence-based. If you base your startup decisions on opinions or gut instinct you’re leaving them open for attack and vulnerable to founder delusions. If you find your team disagreeing on the best route, get the factions to create a presentation with accompanying evidence and go head to head. If you think you need to pivot? Why? Can you find customers to back up your claim? How many can you find? What do your investors think?

Doing this turns conflict away from being personal and turns it towards merit – the best answer to the problem is the one that has the best evidence. The startup culture becomes about discovery, about testing hypotheses and validating them. This has the added benefit of overcoming the biggest reason startups fail – poor product fit, a startup that gets out of their office and talks to the customer to solve their problems ends up building a product that the customer wants, not one that the founders wanted.

Most startups fail because in some shape way or form the founders won’t admit they were wrong. Proactively building a culture that celebrates learning, discovery and validation helps to counter founder ego’s and can help neutralise two of the top three reasons why startups fail.

The First Step to Build a Successful Startup Team

By implementing these helpful tips, you’ll cover and prevent some of the cultural pitfalls that can arise within a startup team.

Through working on the foundations of a great team first, you’ll be well on your way to build a successful startup team.

How to Write an Executive Summary of a Business Plan

How to Write a Business Plan

What Are Good Startup Business Ideas

Tools to Build an Audience (From Zero) Part Two

How to Build an Audience (From Zero) Part One

What is a Business Plan and What Needs to be Included?

How to Write an Executive Summary of a Business Plan

How to Write a Business Plan

What Are Good Startup Business Ideas

Which PPC Platform Should You Choose

How to Start A PPC Strategy

Hit enter to search or ESC to close